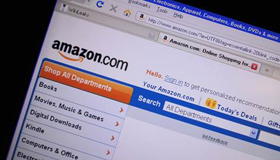 Amazon is to be stripped of its huge tax advantage on the sales of electronic books after the European commission ordered Luxembourg to close a VAT loophole.

Amazon is registered as a Luxembourg company and pays that country’s VAT charge of 3% when it sells an ebook to a British reader, rather than the 20% it would have to charge if it were UK-based.

The Guardian revealed this week that Amazon is forcing British publishers to cover the cost of a 20% VAT charge on ebook sales even though the true VAT cost to the online retailer is a fraction of that.

The European commission – which oversees European Union law as the EU’s executive arm – on Wednesday gave Luxembourg 30 days to increase its VAT rate on digital services from 3% to 15%. This will close a tax loophole that has encouraged companies such as Amazon, Skype and Netflix to be based in Luxembourg to benefit from the 3% rate when selling throughout the EU. Luxembourg must agree to change its VAT rate before the end of November, or face being referred to the European court of justice and risk fines. France has also been issued with a similar warning over its 7% rate for digital services.

Amazon is expected to contest the commission ruling, so there will be no immediate impact on the cost of ebooks bought from its UK website.

Luxembourg, with the lowest standard VAT rate in Europe, has been successful at attracting many global e-services providers. Under EU rules these companies are able to charge consumers across the EU the reduced Luxembourg VAT rate for these services. The home state of the consumer who makes the purchase receives no tax revenues.

Charging ebooks at the 3% rate gives firms such as Amazon a huge competitive advantage over UK ebook retailers, which have to charge the local rate.

The commission issued infringement proceedings in July against Luxembourg and France on the grounds that their policy was incompatible with EU law. The next step, a reasoned opinion, was published on Wednesday. Luxembourg and France will rely on the defence that there is an anomaly in EU VAT law which allows paper books and newspapers, for instance, to be charged at a reduced VAT rate; but digital must be charged at the standard, higher rate of the country in which the company is based.