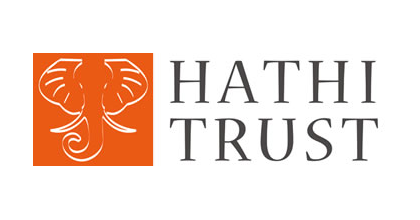 The U.K. Authors’ Licensing and Collecting Society, the Norwegian Nonfiction Writers and Translators Association, the Swedish Writers Union, The Writers’ Union of Canada, and four individual authors are among the new plaintiffs in an amended complaint filed today in Authors Guild v. HathiTrust.  Individual authors joining the lawsuit include University of Oslo professor Helge Rønning, Swedish novelist Erik Grundström, and American novelist J. R. Salamanca. The Authors League Fund, a 94-year-old organization supported by Authors Guild members that provides charitable assistance to book authors and dramatists, is also now a plaintiff, as holder of rights of to an “orphaned” book by Gladys Malvern.

The defendant universities have pooled the unauthorized scans of an estimated 7 million copyright-protected books, the rights to which are held by authors worldwide, into an online repository called HathiTrust.  In June, the University of Michigan, which oversees HathiTrust, announced plans to permit unlimited downloads by its students and faculty members of “orphaned” books (some consider works whose rights-owners cannot be found after a diligent search to be “orphans”). Michigan devised a set of procedures — including a protocol for searching for an author and posting the names of “orphan work candidates” at the HathiTrust website for 90 days – to determine whether it would deem a work an “orphan.” Several other schools joined the project in August.

Within days of the suit’s filing on September 12th, the Authors Guild, its members, and others commenting on its blog had developed strong leads to dozens of authors and estates holding rights to the first 167 works listed as “orphan candidates” at HathiTrust’s website. Four living authors were on HathiTrust’s list. So were significant literary estates, such as those of Pulitzer Prize winners James Gould Cozzens and Walter Lippmann and the philosopher Sidney Hook. Foreign authors were also on the list, including André Missenard, who died in Paris in August. At least three of the works are still in print. Simple Google searches turned up most of the leads in minutes, including one that led to the author of “The Lost Country,” J. R. Salamanca.  Under Michigan’s protocols, unlimited e-book downloads of Mr. Salamanca’s book were scheduled to be made available to an estimated 250,000 students and faculty members on November 8th.

“How is it they couldn’t find Jack Salamanca?” asked literary agent John White, who has represented the author for more than ten years. “He’s a bestselling novelist, he’s lived in suburban Maryland for decades, he’s in the University of Maryland’s current online catalog as an emeritus professor, and he signed an e-book agreement for “Lilith” four weeks ago. It boggles the mind.”

Michigan announced on September 16th that it was suspending, but not ending, its “orphan works” program. Its online servers continue to host an estimated 7 million digitized, copyright-protected books.  Millions of those books are believed to be in print, with e-book versions available for many of them.

“You don’t just take someone’s property,” said Mats Söderlund, chairman of the Swedish Writers Union. “If they want a digital book, they should pay for it. If it’s not yet available digitally, it probably will be soon. Things are moving very quickly.”

“These are major, well-funded U.S. research institutions capable of great things,” said Greg Hollingshead, chair of The Writers’ Union of Canada. “They could have found most of these authors had they cared to, but it seems they didn’t. They just wanted to release e-books for free. They don’t take literary property rights seriously, so why should any of us trust their security measures? If they’re hacked, and digital files of 40,000 Canadian books are released, how are Canadian authors ever again to receive significant revenues from those works?”

“I’ve been in this business for decades, but this is one of the craziest things I’ve ever seen,” said Trond Andreassen, president of the Norwegian Nonfiction Writers and Translators Association. “These American universities, with Google’s help, decide to digitize and put on their servers thousands of books that were published in Norway. Why didn’t they ask? We can find the authors, but those authors have rights, and sometimes the answer might be no.”

The Authors’ Licensing and Collecting Society, based in London, has licensed secondary uses of its member-authors’ works for more than 30 years. “We represent more than 50,000 book authors,” said chief executive Owen Atkinson. “On behalf of our members, we negotiate agreements that enable legal access to hundreds of thousands of books, including at least 35,000 books that appear to be on HathiTrust’s servers. It concerns us greatly that our members have neither consented to the digitization nor have they any say in how these works might be used in the future.”

Although many U.S. universities, including Harvard, Princeton, and Stanford, have participated in Google’s library digitization program, most allow Google to scan only books that are in the public domain. Only a few, principally defendants Michigan and California, have allowed Google to scan books protected by copyright. As state-run institutions, both schools are shielded by 11th Amendment sovereign immunity protections from paying damages for copyright infringement.

“Universities are important cultural bastions, valued by all of us,” said Scott Turow, president of the Authors Guild, “but they need to play that role thoughtfully.  In this case, university defendants are using their immunity from money damages to act as pirates, rather than custodians, of our literary heritage.  The massive unauthorized digitization project in which they participated has now imperiled the literary property rights of millions of authors from all over the world.  Many of those authors have devoted much of their careers to creating works they hope will have cultural or educational significance. Universities should be at the forefront of safeguarding authors’ rights and livelihoods, so their libraries can continue to find many new books worth collecting.”