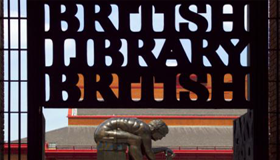 The British Library welcomes the Government’s commitment to proceed with introducing the Legal Deposit Libraries (Non-print works) Regulations in April 2013. The statement by the Department for Culture, Media and Sport (5 September 2012) follows a public consultation which closed in May 2012.

The Non-Print Legal Deposit regulations would empower the British Library to collect, store and preserve the nation’s memory in the digital age. To date, much of the country’s published heritage has been lost to a digital black hole with information and records of major events of the 21st century lost forever.

“With a growing proportion of information published digitally, as much as 75% of titles worldwide by 2020, we must be able to archive this material for the benefit of researchers in the future. The explosion of content published online means the web is fundamental to documenting life in the 21st Century.

“We will continue to work with Government, the Legal Deposit Libraries and publishers on the successful implementation of the regulations.”

A comprehensive archive of digital and non-printed materials, preserved for generations to come, will provide significant research benefits, enabling the creation of new knowledge, inspiring innovation and creating cultural and economic value for the UK.