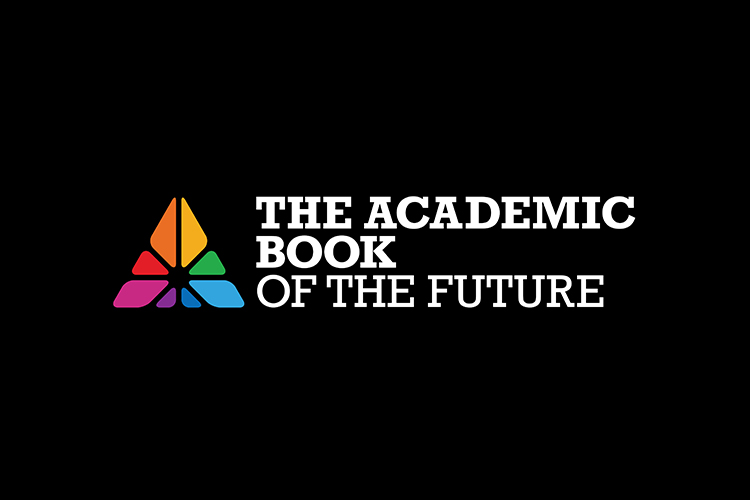 Tuesday 13 June 2017: Two major new reports published today demonstrate that the future of the academic book is at a crossroads with the number of new book proposals growing rapidly but sales per title continuing to fall. Researchers on the Academic Book of the Future project are recommending that academics and publishers work together to develop a new vision for the sector that embraces technology and focuses on enhancing the readers experience.

The findings of the two-year research initiative, funded by the Arts and Humanities Research Council in collaboration with The British Library, and led by Dr Samantha Rayner (UCL), have been unveiled today in a Policy Report written by Dr Michael Jubb, together with a Project Report outlining the extensive activities and achievements of the project, authored by Professor Marilyn Deegan (KCL).

The reports highlight that although a willingness to collaborate across the different stakeholder groups is very positively proven by the outputs of the project, greater dialogue involving academics, libraries, publishers, sales agents, booksellers, intermediaries and beyond, in a context of rapid change and growing external pressures, is vital for sustaining vibrant scholarly communications in the arts and humanities in the future.

The report also stresses that, while there are already diverse examples of digital innovations transforming academic book publishing, more research is needed to understand reader behaviours in online environments, to capitalise on the true potential of digital technologies, and to address concerns around the preservation of digital texts.

The Academic Book of the Future project’s key findings include:

On supply and sales of academic books:

Digital technologies are driving change, but not always in the ways that might be expected:

Dr Marilyn Deegan commented: “If we are to have innovative, enhanced, integrative academic books in the future, we need to access them in new ways with new tools. In this hybrid world, there is no need to reject old forms in favour of new; they can thrive together.”

Gazing into the future, the report advises that:

Dr Samantha Rayner commented: “One of our key aims in this project was to engage as broad a community as possible. What the project has above all proved is that those communities which connect through the academic book are willing to work together to continue to bring research to readers as quality-controlled, accessible content. The value of the academic book, in all its many forms, is still very much a key currency in arts and humanities research.”

Dr Michael Jubb commented: “Now is a time of unprecedented challenges for academic books. Academic books function in a complex ecology which involves an array of organisations and individuals in universities and other research institutions, funders and policy-makers, publishers, libraries and other intermediaries. Better communication between all of the communities involved in the writing, publishing and reading of academic books is one of the essential steps we must together take if we are to sustain a vibrant future for them.

“One of the project’s key achievements has been to create new levels of dialogue between the many different communities and stakeholders of the academic book in the arts and humanities, evidenced not least in the establishment of Academic Book Week. We hope that this dialogue continues now, and in the future, and that the Academic Book of the Future Policy Report will aid in supporting those dialogues.”

The Project also benefitted from the generous input of an Advisory Board, chaired by Professor Kathryn Sutherland, and drawn from across different sectors and disciplines.

Kathryn Sutherland, Chair of the Advisory Board of the AHRC/British Library Academic Book of the Future Project, commented: “In a world of rapid change and anxiety about change, the Project’s major achievement may turn out to be the conversations it has established between representatives of all those communities involved in the making, distribution, and active promotion of academic books: from the booksellers and publishers to the libraries and those who write them.”

The full Reports can be viewed at: https://academicbookfuture.org/end-of-project-reports-2/

The findings of the Academic Book of the Future project will be discussed and debated at an event on Tuesday 20 June at the British Medical Association, from 6-8:30pm. Please find more information below.