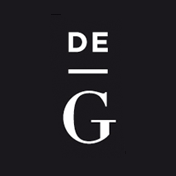 Starting with volume 2015, De Gruyter Open (www.degruyteropen.com) will publish a group of eight Central European Journals now distributed in subscription model by Springer and turn them to Open Access.  This is a move unprecedented for a group of STM journals, being supplemented by three new launches in the humanities.

“The key motivation for this change was to build strong megajournals in all STM fields” says Dr. Sven Fund, CEO of De Gruyter. “Our major advantage is that we build them on the basis of a group of journals that have been published for over a decade. They have rigorous peer review, high rejection rates and have earned good impact factors”. Sven Fund adds: “The overwhelming support from the editorial boards, the increasing demand to publish research in Open Access and above all, the mandates of the funding institutions all make a strong case in favor of Open Access”.

The publication of the Central European Journals began twelve years ago by the Polish company Versita, which was acquired and subsequently renamed by De Gruyter. Each of the journals covers one broad discipline. The journals have Nobel Prize laureates among their editorial board members and authors, such as Frank Wilczek, Elias J. Corey, Martin Karplus, Roald Hoffman, and Timothy Hunt.

The editorial boards of the journals support the conversion of their publication to Open Access. Samuel Candler Dobbs, Professor of Physics at Emory University, and member of the Editorial Advisory Board of Open Physics says: “This correlates with the direction high quality research publications are moving towards”.

In a bid to serve the best interests of authors, readers and editors, and to reflect the all-encompassing scopes of the converted journals, De Gruyter Open has renamed all the former entries with the following titles:

In volume 2013, these journals published over one thousand articles.
Besides the journals that are being converted from subscription to Open Access, De Gruyter Open is launching new megajournals in the humanities:

“De Gruyter Open is well positioned to make such an unprecedented move” says Jacek Ciesielski, CEO of De Gruyter Open. “The transition is not an experiment. Quite the opposite, it is a well prepared development for the journals, which belong to De Gruyter Open”.