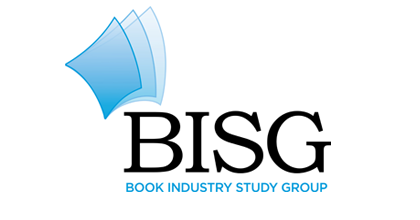 E-book consumers’ preference for tablets is accelerating rapidly as dedicated e-readers drop in popularity, according to the Book Industry Study Group’s (BISG) closely watched Consumer Attitudes Toward E-Book Reading survey. The second installment in Volume Three of the study shows that, over the course of just six months, consumers’ “first choice” preference for dedicated e-readers such as those from Amazon and Barnes & Noble declined from 72 percent to 58 percent. Tablet devices are now the most preferred reading device for more than 24 percent of e-book buyers, up from less than 13 percent in August 2011. Further, the increase in tablet preference was not primarily for Apple’s iPad (which rose by just over one percent), but for non-Apple tablets – overwhelmingly from Amazon and Barnes & Noble. These non-Apple devices increased from five percent to 14 percent over the same period.

“The movement from dedicated e-readers to multi-function tablet devices is an important one for publishers to understand, as it allows them to deliver a richer, more interactive e-book experience,” said Angela Bole, BISG’s Deputy Executive Director. “One of the strengths of this study is that it can plot such evolution, preparing publishers for what e-book readers want and expect from them next.”

The Consumer Attitudes Toward E-Book Reading study, powered by Bowker® Market Research, points to a buoyant book market. Nearly 30 percent of respondents in the February 2012 survey reported an increase in dollars spent on books in all formats since they began acquiring e-books, while nearly 50 percent reported an overall increase in the volume of titles purchased in any format. The numbers are even rosier for the e-book market: more than 62 percent of respondents reported an increase in dollars spent on e-books, and more than 72 percent said they have increased the volume of e-titles they are buying. Some publishers are reporting that even when overall revenue has declined, profitability—particularly for e-books—has increased.

Since November 2009, Consumer Attitudes Toward E-Book Reading has been tracking the habits and preferences of print book consumers who say they have acquired an e-book or a dedicated e-reading device within the past 18 months. Volume Three is sponsored by Baker & Taylor, Barnes & Noble, and Harlequin. In addition to quarterly PDF Summary Reports, Volume Three of Consumer Attitudes Toward E-Book Reading is published as a dynamic online report via Real-Time Reporting: a unique web-based tool set displaying the raw data derived from responses – drillable, sortable with on-demand accessibility.

Data for Consumer Attitudes Toward E-Book Reading was derived from a nationally representative panel of book consumers (men, women and teens). Each month a new group of 3,000 respondents complete surveys about their book purchasing behavior for Bowker Market Research. Out of nearly 65,000 possible panelists drawn from the last 18 months, respondents were qualified for the BISG e-book survey by indicating they had either purchased a “digital book or e-book”” or owned a dedicated e-reader device (such as Kindle, NOOK, or Sony Reader). This process yielded a survey sample of more than 1,000 e-book consumers.