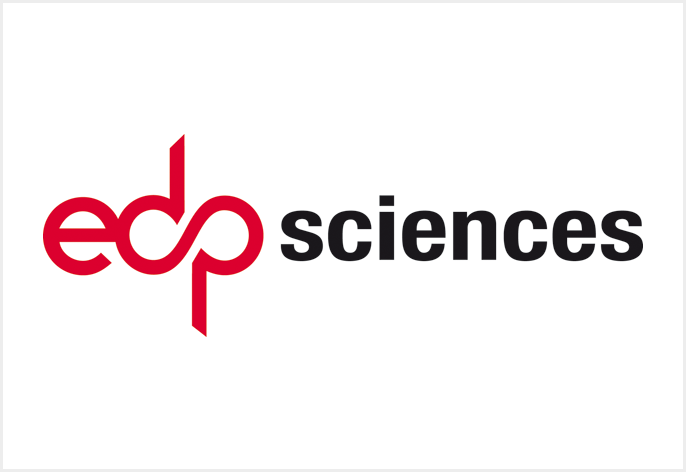 After a successful first, five-year term, the partners unanimously renew the agreement with EDP Sciences continuing to provide the publishing services

The partners of the “Accord national pour l’accès ouvert en France” (National Open Access Agreement in France) are delighted to announce that they have renewed the agreement for a further five-year term until 31 December 2026. The Ministère de l’Enseignement supérieur et de la Recherche (the French Ministry of Higher Education and Research – MESR), the Couperin consortium, the Agence bibliographique de l’enseignement supérieur (Abes) and EDP Sciences confirm they will continue to work closely to support open access publication of French research.

The Subscribe-to-Open (S2O) open access model plays a more prominent role this time and is quickly becoming an important pillar of the agreement. Several journals participating in the agreement are owned by learned societies which support S2O. For example, the Société de Mathématiques Appliquées et Industrielles (SMAI) with which EDP Sciences publishes a number of maths journals. Astronomy & Astrophysics is another high-profile S2O journal in the agreement and additional journals will also transition to S2O in 2023.

S2O reflects an emphasis on open access models that do not rely on article processing charges (APCs). EDP Sciences was an early adopter of S2O and is pleased to see it making a positive impact in a range of contexts.

“From our perspective, the success of the agreement is largely down to excellent teamwork and strong relationships with learned societies and higher education,” observed Anne Simoneau, Director of Business Development, EDP Sciences. “We have welcomed a number of new member institutions in 2022 and the agreement remains open to new members.”

Another notable aspect of the new agreement is unlimited open access publication (previously capped) for corresponding authors of member institutions. They can publish their work free of charge in 31 participating journals. (Members also enjoy full “read” access to a further 24 journals.) Without doubt, articles published under the agreement contribute to the growing proportion of open access content published by EDP Sciences. In 2021, this represented 65% of all publications. Journals which join EDP Sciences, such as the newly-arrived Journal of the European Optical Society-Rapid Publications, are also keen to join the agreement.

“Couperin is pleased to support academic libraries which support researchers to publish open access, free of charge via this agreement,” noted Grégory Colcanap, national coordinator at Couperin. “It’s good for everyone involved in French research.”

EDP Sciences is an international, open access publisher located in France with French origins. It is proud of both its heritage, reflected in myriad links to French learned societies, and its extensive international connections.

“MESR is delighted with the renewal of this agreement which is key to the Plan national pour la science ouverte,” commented Odile Contat, Chief of the Knowledge Dissemination and Documentation Department, MESR. “I am also happy that it offers EDP Sciences some financial stability. EDP Sciences is an influential open science advocate and complies with the international standards that are fundamental to our operations and future plans.”

“On behalf of Abes, I would like to underline the quality of the data delivered by EDP Sciences and the timely manner in which it is delivered,” said David Aymonin, Director of Abes. “It is satisfying to work with such professional partners.”

“EDP Sciences is thrilled by the confidence shown in it by MESR and the other partners, and by the central role it is playing in a decade of major investment in open access,” commented Agnès Henri, Managing Director, EDP Sciences. “We look forward to developing the agreement over the next five years so that it reaches its full potential and becomes an integral part of the research process in France.”