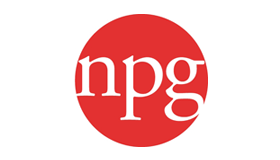 A new agreement on behalf of the Ministry of Education and Science of the Russian Federation has been signed with Nature Publishing Group (NPG) enabling researchers, students and citizens across the country to access the Nature archives from 1869 to 2011. The agreement could provide site license access to up to 800 academic and not-for-profit institutions, including public libraries, in more than 100 cities throughout Russia.

The deal was organised and facilitated by the National Electronic Information Consortium of Russia (NEICON), one of the largest consortia in the country. All NEICON members will have access to theNature archive online, under the agreement. Members include non-commercial institutions, academics, medical educational and research institutions, public scientific and special libraries and not-for-profit organizations. The archive agreement builds on an existing site license agreement, providing more than 150 NEICON members with site license access to 10 NPG journals.

“This is remarkable news that our users will get access to the archives of Nature,” said Professor Yury Natochin, Academician of the Russian Academy of Sciences. “This is especially important for Russian students as they will be shaping science output in the future. Access to the historical archive will provide our students and scientists with a wealth of valuable scientific findings.”

“This deal will allow researchers to follow the historical scientific timeline, granting access to a number of scientific discoveries in a number of fields such as oncology,” said Professor Petr Yablosky, St. Petersburg State University.

“We’re delighted to be providing access to more than 140 years of Nature content across Russia,” said Bethan Creighton, Consortia Sales Manager at NPG. “We look forward to working with other national consortia to ensure the widest possible access to the quality content that NPG publishes.”

The mission of the Ministry of Education and Science of the Russian Federation is to develop the country’s academic output, which is crucial to achieving stability and development in Russia. NEICON is Russian national library consortium, founded in 2002 as a non-for-profit organization by 3 leading Russian libraries and 2 foundations.