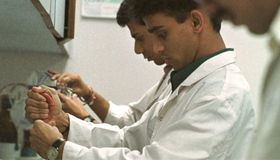 Dr. Michiel Kolman, Senior Vice-President Academic Relations at Elsevier, attending the Centennial Indian Science Congress, commented, “India shows a net inflow of scientists, with the productivity of the incoming and visiting scientists being higher than that of the average staying and outgoing scientist; so in fact a case can be made for an Indian ‘Brain Gain’ rather than the commonly believed ‘Brain Drain’.”

Using Elsevier’s Scopus database, publication data was studied over a 15-year period tracking migration streams of scientists using their affiliations and hence the country they publish in. The size of the migration streams was analyzed revealing that 64.1% of the scientists stayed within India during the 15-year study period, 23.4% were visiting (or transitory) researchers (traveling in or out of India for a period less than 2 years), 6.6% moved to and 6.0% left India; summing up to a net inflow of 0.6%.

Group size comparative analyses of outgoingscientists revealed: 6.0% for India, 10.0% for UK and 2.1% for China; with productivity levels at 0.95, 0.92 and 0.99 respectively, consistently below country publication average for all three countries.

Group size comparative analyses ofincoming scientists revealed: 6.6% for India, 8.5% for UK and 7.1% for China; with productivity levels at 1.38, 1.14 and 1.85 respectively; consistently higher than country publication average for all three countries, and significantly higher for India and China.

Group size comparative analyses of visiting (or transitory) scientists revealed: 23.4% for India, 44.4% for UK and 16.0% for China, with productivity levels at 1.34, 1.24 and 1.22 respectively; again more productive than country publication averages.

Group size comparative analyses of staying scientists in the15-year study period revealed: 64.1% for India, 37.2% for UK and 74.9% for China, with productivity levels 0.75, 0.60 and 0.74 respectively; all significantly below the country averages, with the UK being the least productive.

Further comparing level of mobility (incoming, visiting and outgoing), it was found that mobility is substantially higher for the UK compared to China or India with 62.8% of all scientists from the UK moving around during the 15-year study period, compared to 35.9% for India and 25.1% for China.