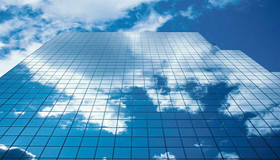 The public cloud services market is forecast to grow 19.6 percent in 2012 to total $109 billion worldwide, according to Gartner, Inc. Business process services (also known as business process as a service, or BPaaS) represent the largest segment, accounting for about 77 percent of the total market, while infrastructure as a service (IaaS) is the fastest-growing segment of the public cloud services market and is expected to grow 45.4 percent in 2012.

“The cloud services market is clearly a high-growth sector within the overall IT marketplace,” said Ed Anderson, research director at Gartner. “The key to taking advantage of this growth will be understanding the nuances of the opportunity within service segments and geographic regions, and then prioritizing investments in line with the opportunities.”

Although North America is the largest region and is expected to produce the largest absolute increase in market size, Gartner expects the highest regional growth rates in emerging Asia/Pacific (including India and Indonesia), greater China, Eurasia (including Russia) and Latin America (including Argentina, Mexico and Brazil).

Western Europe is forecast to grow the slowest during the forecast period, largely due to ongoing eurozone economic issues, while growth will also be lower in mature Asia/Pacific markets due to ongoing economic challenges in the Japanese market.

High growth rates will occur in emerging markets, including the top three growth countries of India, Indonesia and China. However, 79 percent of spending increases will come from North America and Western Europe. For cloud services providers, this will require a strategic approach when considering both high-volume and high-growth markets. Both will be important in the development of sustained, global strategies.

“The total public cloud services market size in 2011 was $91.4 billion, and it will grow to $206.6 billion in 2016. As the market grows, IaaS will become a larger part of the overall market, while the market share of cloud management and security services will grow as well,” said Mr. Anderson. “When targeting specific markets within the cloud services marketplace, we recommend evaluating both potential market size and growth rates. These will vary by segment, subsegment, region and country.”