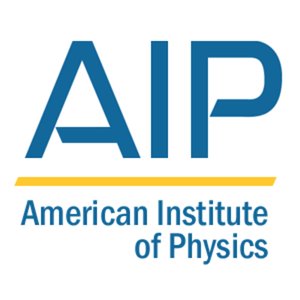 The American Institute of Physics (AIP) (www.aip.org) is pleased to report significant increases in the impact factors of many of its key titles, as reported in the 2010 Journal Citation Reports®(JCR) (Thomson Reuters 2011). Stand-out performances include a 34.6% jump by Biomicrofluidics,a more than 15% increase by Chaos, and impressive gains for Applied Physics Letters, Physics of Fluids,Review of Scientific Instruments, Journal of Physical and Chemical Reference Data, and Journal of Laser Applications.

The outstanding performance of AIP journals in 2010 means they maintain their place among the most highly cited journals in their categories. Led by Applied Physics Letters (APL) and Journal of Applied Physics(JAP), AIP ranked first overall in applied physics citations. Its total of four titles garnered more than a third of all cited references among the 116 journals in the category, while representing just 4% of the titles indexed.

“I am deeply gratified to see the great strides taken by many of our core journals in 2010, as clearly evidenced by the increases in their impact factors,” said AIP Vice President, Publishing, John Haynes. “The JCR data highlight the great value and service AIP journals provide to the community through the large volume of articles we publish. In applied physics alone, APL and JAP published more than 8,300 articles in 2010—more than the next five journals combined.”

AIP is also proud to announce the JCR data for a number of its other highly respected publications:

“It is clear that an extraordinary number of scientists are citing our articles and using the work reported in AIP journals as a foundation for their own research,” said AIP Publisher, Mark Cassar. “Given that many of the top researchers in these fields are our journals’ editors, editorial board members, authors and referees, it’s not surprising that our citation rankings continue to climb. I thank these talented scientists for their support.”