Home Latest Increasing visibility of research resources on bioRxiv and medRxiv as a key... 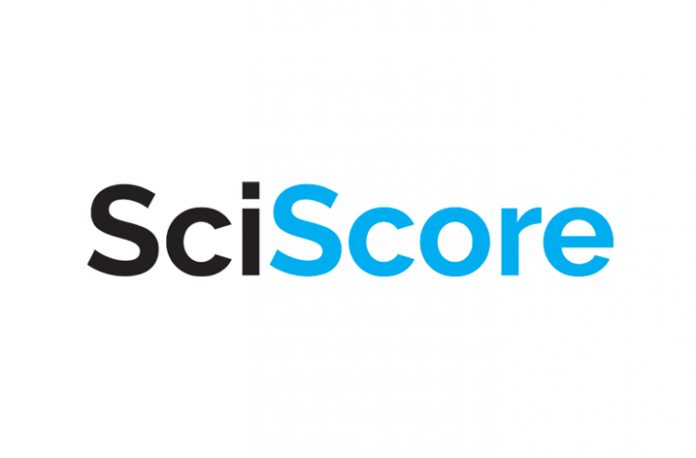 Identifiers for research resources are a new way to link papers, improve resource findability and reproducibility. A new project by SciScore, funded by the Chan Zuckerberg Initiative (CZI), will see to implement a Resource table for each preprint.

In scientific studies, key research resources such as antibodies are underspecified by authors, making it unclear which resource was used in a study (Vasilevsky et al, 2013). When key reagents are not well specified, the study is not reproducible.Irreproducibility is due to underspecified resources, and is a lingering problem with a significant economic impact (Freedman et al., 2015). One of the most complete solutions to this problem is the Key Resources table, part of the STAR Methods framework developed in Cell Press. This table, compiled by the authors, makes it very predictable and thus easy to find resources used in the study. These resources have been historically available in Cell Press journals. We have an opportunity to bring them to preprints using semi-automated methods.

With funding from the Chan Zuckerberg Initiative, SciScore will search text for key research resources mentioned in bioRxiv and medRxiv preprints, match them to their unique identifiers (Research Resource IDentifiers or RRIDs), and create a Resources table, visible for each preprint. Ideally RRIDs are added to the manuscript by the authors, and if they are not, SciScore can suggest the closest match for the described research resource and enable authors to verify and add them to their manuscript. SciScore can also point out which protocols (e.g. from protocols.io or clinicaltrials.gov) are referenced in a given manuscript, which databases, which datasets, which code, and which software tools are used.

Adding a structured Resources table to preprints on bioRxiv should increase the reproducibility of research published in preprints by ensuring that resources and preprints are more findable and accessible, while at the same time improving the visibility of key resources, RRIDs, protocols, and databases linked from the preprint. This will enable linking preprints via the identifiers to resource databases and other preprints based on the resources used in the study (Menke et al, 2022).

Dario Taraborelli, Science Program Officer with the Chan Zuckerberg Initiative, said: “We’re excited to partner with SciCrunch to pilot the creation of structured resource tables for preprints in the life sciences. We look forward to seeing the different ways in which authors and readers of preprints will use these linked resources.”

Anita Bandrowski, Founder and CEO of SciCrunch, said: “SciScore is a great tool to help improve the scientific literature, but all tools can be improved so we are so excited to partner with CZI to help develop the tool further making it more useful to scientists.”

Our aim is to make these Resource tables a reliable place where both humans and search indexing robots can come to find key reagents, enriched with schema.org elements. Together with the link-outs on identified resources in the Resource table to RRIDs.org, we expect this to drive additional readership to preprints. These tables can also assist journals which would like to have resource tables, but are not sure if authors will be willing to create them. Code developed in this project will be made openly available under an MIT licence. Data (RRIDs extracted from preprints) will be made available under a CC0 licence.