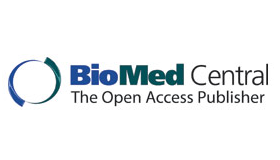 Matt Cockerill, the Managing Director of BioMed Central, is leaving the company at the end of the year.

“This is a natural next step for BioMed Central,” said Matt Cockerill, “I am very proud of what the team at BioMed Central has achieved since we launched the first journals in 2000. BioMed Central’s continuing success has played a key role in demonstrating the viability of the open access publishing model. BioMed Central is now mature enough to operate successfully as an integrated part of Springer, and I look forward to pursuing further personal and professional interests knowing that the company is in good hands.”

“Going forward, BioMed Central’s mission will not change, nor will the brand, nor will the approach to authors. BioMed Central will continue to do what is best for open access and Springer owes a debt of gratitude to Matt, who has nurtured BioMed Central from infancy to the leading position it holds today. I would like to thank Matt personally not only for his outstanding achievements at BioMed Central, but also for continually challenging Springer Management and for encouraging creative thinking,” said Derk Haank, CEO of Springer Science+Business Media.