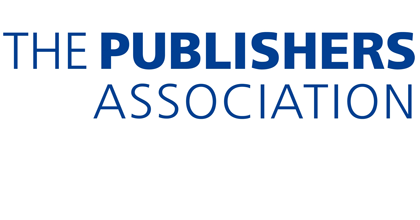 ‘The potential effect of making journals free after a six month embargo, a report commissioned by The Publishers Association and the Association of Learned, Professional and Society Publishers [ALPSP], found that an across-the-board mandate might have a material effect on libraries’ subscriptions; and that the impact on publishers’ revenues would be considerable. Higher Education Institutions’ libraries may be impacted by the collapse or scaling down of academic publishing houses. The world’s most distinguished research institutions would, the report suggests, be impacted the most, since published outputs are essential for the work carried out by their researchers. The reports’ results indicate that STM publishers could expect to retain full subscriptions from 56% of libraries, compared with 35% for AHSS publishers.

Commenting on the findings of the report, Graham Taylor, Director of Educational, Academic and Professional Publishing at The Publishers Association, said: “We need a sustainable publishing model which is mutually attractive for both publishers and libraries. The findings of the report are testament to the fact that a six month embargo period is too short for the ‘green’ model of open access. The Publishers Association is in full support of a funded version of open access as we hope will be recommended by the report of the Finch Committee, which is expected to be published shortly”.

Audrey McCulloch, Chief Executive of The Association of Learned, Professional and Society Publishers, said: “ALPSP is very concerned about the effect this may have on non-profit publishers, many of whom may not survive. The responses in the report show that the ‘green’ model of open access will reduce the number of journals and thus choice available to academics. Learned societies rely on income from their publishing activities – how will this affect them and the services they provide? ALPSP will only support appropriately funded publishing models, such as the current subscription model or the ‘gold’ open access model”.

The report documents the results of a survey carried out to obtain a significant body of information on how the acquisitions policies of libraries might be affected by an across-the board mandate to make journals articles free of charge six months after publication. The report analyses the results of responses from 210 libraries across the world who were asked whether they would continue to subscribe to research journals were their content freely available within six months of publication. Libraries were asked to send separate responses for Scientific, Technical and Medical (STM) journals and Arts, Humanities and Social Sciences journals (AHSS).