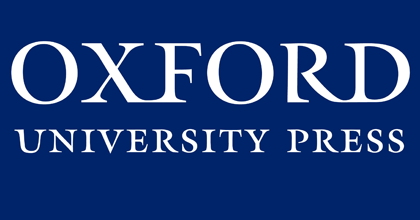 Oxford University Press (OUP) was again named Publisher and Distributor of the Year at a Booksellers Association award ceremony on Wednesday 14 March.

It was the seventh time in eight years that OUP collected the Publisher of the Year award, and the eighth year in a row that it has won the Distributor of the Year prize at the Conference for Academic, Professional & Specialist Booksellers Awards Ceremony.

The awards are judged by booksellers and Bookseller Association members working in the UK who score publishers throughout the year.

Categories focus specifically on the services being offered to booksellers by publishers such as engagement with bookshops, support from central or head office services, delivery turnaround times, and publishing.

OUP staff were particularly pleased with the Distributor of the Year Award, which came just a over a year after the relocation of its UK Distribution Centre to new premises in Kettering.

Andrea Wood, Head of Customer Services at Kettering, said: “Although we have seen success at this ceremony for several years now, it is certainly not something we take for granted. It is a tremendous honour to receive such on-going support from across the industry, and we are all delighted with the result.”