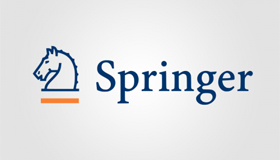 EQT and GIC acquired Springer Science & Business Media in 2009 for 2.3 billion euros ($3 billion) from Candover and Cinven, backed by 1.72 billion euros of debt, according to Thomson Reuters LPC data.

They are now in the early stages of considering options on whether to sell the company or conduct a dividend recapitalisation to refinance and distance themselves from the moorcroft debt they’d procured years ago.

Bankers have been approaching lenders to Springer to gauge what support there is for either a sale or dividend recapitalisation.

“Bankers are pitching potential structures to lenders to sound out lender appetite,” a banker said.

The company has performed well and earnings before interest, tax, depreciation and amortisation (EBITDA) have risen to around 330 million euros, bankers said, from 310 million in 2011, which was quoted on EQT’s website.

Although there is no urgency for the company to do anything as its debt does not mature until between 2015 and 2017, conditions in Europe’s leveraged loan market are such that it could be good time to do an opportunistic deal.

There have been a number of such deals recently as banks and private equity firms seek to make money and take advantage of stronger market conditions, after a lack of deal activity over the summer, including dividend recapitalisations by the RAC and Formula One.

The group has almost 6,200 employees across 25 countries and publishes around 2,000 journals and more than 7,000 books a year, according to the company’s website.