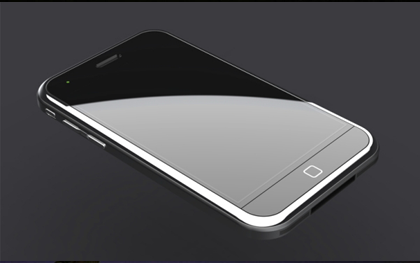 comScore, Inc, a leader in measuring the digital world, today released an overview of the mobile and connected device landscape across five leading European markets (France, Germany, Italy, Spain and the United Kingdom). The data shows cross-platform digital media consumption on the rise in the region, buoyed by the growth in adoption of smartphones, tablets and other non-computer web-enabled devices, collectively termed “connected devices”. In August 2011, these devices drove 4.6 percent of total digital traffic in the EU5, fuelled primarily by the use of smartphones.

“While we have seen the increasing adoption of smartphones in the EU5 contribute to the rapid growth of mobile media consumption, we are also beginning to see tablets and other connected devices play an increasing role,” said Jeremy Copp, comScore vice president for Mobile in Europe. “With more options available for consuming digital media on the go than ever before, many users now access online content from multiple platforms throughout the day. This media fragmentation has made it more important than ever for advertisers and publishers to take a holistic view of audience measurement to effectively reach their audiences.”

Apple iOS Surpasses Symbian in Share of Mobile Phones and Connected Devices in Use
In the three month average period ending in August 2011, 91.4 million mobile subscribers across the EU5 reported using smartphones, up 46 percent from last year. Although Symbian continues to have the largest share of the smartphone market, its audience among all mobile and connected devices in current use was recently surpassed by the Apple iOS audience. The iOS platform (including iPhones, iPads and iPod Touches) currently accounts for 30.5 percent of all mobile and connected devices in use in the EU5 (excluding feature phones and e-readers), driven by the popularity of the iPad and iPod Touch. Symbian ranks second, accounting for 28.7 percent of all devices in use, followed by the Google Android platform at 23.5 percent.

A closer look at the composition of devices in use for each platform reveals interesting differences. Symbian’s share of the market is driven exclusively by Symbian smartphones, whereas nearly half of the iOS share is driven by iPads and iPod Touches in use. Meanwhile, tablets account for only 16 percent of the Android platform share.

Apple iOS Drives More Than 60 Percent of Non-Computer Traffic
An analysis of platform market share, as determined by internet traffic coming from browser-based page views, shows the iOS platform driving more than 60 percent of all connected device traffic to significantly lead other platforms. Despite comprising less than a quarter of iOS devices in use, iPads fuelled this strong position accounting for 43 percent of all iOS traffic.

August 2011 EU5 Mobile Benchmark Data
The table below shows comScore’s August 2011 mobile benchmark data, including a review of mobile consumption behaviours and device penetration for the five EU countries under measurement. These benchmarks are published by comScore to provide the most up-to-date snapshot of the mobile industry. Further information on these benchmarks, and other data included above, can be provided upon request.