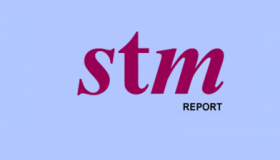 STM is pleased to see that the European Commission:

• recognizes the importance of the European academic and professional publishing market(European publishers account for almost 50% of articles published worldwide) and their rapidadaption to the digital age
• realizes that the economic and societal potential of better access to scientific information canonly be realized if budgets are sufficient
• respects intellectual property rights in the major challenge to broadly implement Open Accessin ERA
• and concludes that access to publicly-funded information has to be wide, fair, sustainable and easy

STM welcomes the efforts of the Commission on research data and applauds the recognition that theprocess of selecting, reviewing and publishing articles has a cost.

STM is pleased to see that the Commission maintains eligibility for Gold open access publishing costs in Horizon2020 and even considers providing reimbursement after end of the grant agreement,previously a major practical stumbling block.

STM is disappointed that the Commission decided not to follow the pragmatic lead of the UK Finch Access Group in preferring Gold to Green Open Access and in opting for minimum Green embargo periods of not less than 12 months when APCs cannot be paid.

CEO of STM, Michael Mabe commented: “Despite data from the PEER project indicating how impractical, time- and labour-consuming a functioning Green OA universe would be, and numerous submissions about the problems inherent in shorter embargos for many disciplines, the Commission has failed to recognise one size does not fit all, retaining short embargo times of six months for all scientific and technical areas.”

While STM welcomes explanatory footnote 36 of the Communication on Scientific Information on exceptional embargo times of twelve months being established under the model grant agreement for Horizon 2020, especially in regard to social science and humanities, many scientific disciplines will also have problems.

STM is looking forward to work with the Commission, the Council, the European Parliament and the Members States to overcome these areas of concern and to help to achieve a smooth and successful transition to a sustainable OA environment.