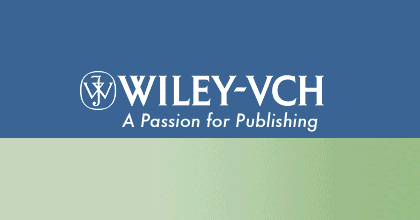 Wiley-VCH, part of the scientific and technical publishing business of John Wiley & Sons, Inc., and the Asian Chemical Editorial Society (ACES) today announced the launch of the Asian Journal of Organic Chemistry, the second pan-Asia society chemistry journal after Chemistry – An Asian Journal (2010 Impact Factor: 4.188), launched by ACES and Wiley-VCH in 2006.

The Editorial Board is co-chaired by Sung Ho Kang from the Korea Advanced Institute of Science and Technology (Daejeon), Keiji Maruoka from Kyoto University, and Deqing Zhang from the Institute of Chemistry, Chinese Academy of Sciences (Beijing), whose combined and extensive expertise in organic chemistry reflects the broad scope of theAsian Journal of Organic Chemistry. In a joint statement, the Co-Chairs said, “Until now, the top international organic chemistry journals have been either American or European; the Asian Journal of Organic Chemistry is the realization of a dream for organic chemists in Asia”.

Among others, Nobel Laureates Ei-ichi Negishi (2010), Akira Suzuki (2010), and Ryoji Noyori (2001) support the new journal as members of the Honorary Board. Kang, Maruoka, and Zhang are joined by a host of distinguished organic chemists on the Editorial and International Advisory Boards to ensure that the Asian Journal of Organic Chemistry is of the highest possible standard.