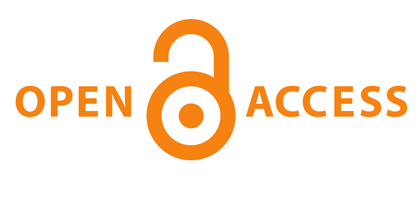 Legislation in the US Congress that would have stopped funding agencies stipulating that research they fund with taxpayer dollars be made publicly available has collapsed. The dramatic development could signal a pivotal shift in scientific publishing.

The implosion of the Research Works Act on 27 February was sudden and swift. Scientific publishing giant Elsevier – one of the legislation’s biggest backers – announced that some of its journal authors, editors and reviewers were concerned that the measure was ‘inconsistent’ with the company’s ‘long-standing support’ for expanding options for free and low-cost public access to scholarly literature.

As the bill would forbid federal agencies promotion of free access to private sector research work without the publisher’s prior consent, it would have effectively repealed the National Institutes of Health’s (NIH) public access policy. This requires grantees to post their final research papers online within a year of publication. It would also have prevented other agencies from adopting similar practices.
‘While we continue to oppose government mandates in this area, Elsevier is withdrawing support for the Research Work Act itself,’ the publisher announced. ‘We hope this will address some of the concerns expressed and help create a less heated and more productive climate for our ongoing discussions with research funders.’

Elsevier and its senior executives made 31 contributions to members of the House in 2011, and Maloney received 12 of those worth a total of about $8500 (£5360), according to MapLight, a non-profit that tracks political donations. Issa received two such contributions adding up to $2000.

‘As the costs of publishing continue to be driven down by new technology, we will continue to see a growth in open access publishers,’ Maloney and Issa said in their joint statement. ‘This new and innovative model appears to be the wave of the future.’

‘The American people deserve to have access to research for which they have paid,’ the lawmakers stated. ‘This conversation needs to continue and we have come to the conclusion that the Research Works Act has exhausted the useful role it can play in the debate.’

Before the act died it managed to create a rift within the academic publishing industry. The bill’s chief supporter was the Association of American Publishers (AAP), which praised it for trying to prohibit federal agencies from unauthorised free public dissemination of journal articles.

However, several members of AAP – including the American Chemical Society (ACS), the American Association for the Advancement of Science (AAAS) and The Rockefeller University Press (TRUP) – opposed the act. Among other things, they had reservations about dismantling NIH’s public access policy.

The AAP did not respond to Chemistry World’s requests for comment on the act’s collapse.

Mike Rossner, TRUP’s executive director, points out that they release the content of their three journals six months after publication and its subscription revenues have grown since. While some publishers make their online content free after a short delay, he told Maloney in a recent letter that a few ‘large, highly profitable’ publishers wouldn’t do this voluntarily and thus forced the NIH to adopt its open access.

The ACS agreed that the act overreached itself. ‘We thought that it went a bit too far,’ ACS spokesman Glenn Ruskin tells Chemistry World. He says the bill went beyond the ACS’s concerns about avoiding mandates. ‘We oppose federal mandates, but we felt that this was also kind of a reverse mandate,’ Ruskin adds. Nevertheless, the ACS did support a previous incarnation of the bill in 2008.

Pressure on Elsevier and the act’s sponsors had intensified in recent months. More than 7700 researchers signed a petition to boycott Elsevier, in part over its lobbying for the bill. In addition, more than 90 universities and patient advocacy groups recently wrote to members of the committee overseeing the bill to warn that its passage would ‘impede public access to valuable research results from work funded by federal agencies’.

The International Association of Scientific, Technical and Medical Publishers (IASTMP) recently released a statement signed by 47 publishers, including Elsevier, which said that they are committed to supporting any sustainable model that will get scientific research the biggest audience possible. ‘Institutions and funders have a key role to play in ensuring that public access policies allow for funding of peer reviewed publication and publishing services in whatever journal that an author chooses,’ the IASTMP states. ‘Publishers look forward to working with all stakeholders to achieve this goal and to advance scholarly communication.’

Opponents of the bill, which also included scholarly societies and library groups, are declaring victory. They say the scientific process is enhanced through broad and open access and anything that delays publication or erects barriers to access is harmful.

‘The collective voice of the faculty was very influential in the whole process,’ says Barbara McFadden Allen, executive director of the Committee on Institutional Cooperation, which represents 13 US research universities. She calls the grass-roots movement against the act ‘exceptional’.

Critics of the act claim that industries disrupted by new technology – like film or music – won’t succeed if they tirelessly cling to old business models. ‘It looks like we have a lot of people who are trying to defend the systems that we built in the 19th century or earlier,’ Allen says.