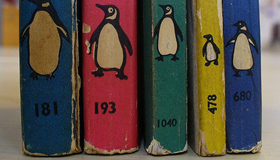 Apple and four major publishers have settled a case with European antitrust regulators after negotiations began in September, ending an ongoing row over e-book price fixing.

The iPhone and iPad maker, along with HarperCollins, Hachette Livre, Verlagsgruppe Georg von Holtzbrinck-owned Macmillan, and CBS-owned Simon & Schuster (ZDNet is also owned by CBS), all agreed to legally binding conditions that would ease pricing restrictions on Amazon and other e-book sellers.

A fifth publisher, Penguin — owned by U.K. group Pearson — is still under investigation as the publisher “chose not to offer commitments,” but the Commission said it was still in discussions with the publisher.

The European Commission said in a statement that the companies, “may have contrived to limit retail price competition for e-books in the European Economic Area (EEA), in breach of EU antitrust rules.” In order to address these concerns, the e-book publishers have offered to, “terminate on-going agency agreements and to exclude certain clauses in their agency agreements during the next five years.”

It’s taken a year for European antitrust authorities to reach this point after U.K. trading authorities first raided offices and began investigating on behalf of the EU. Once the EU was involved, allegations were made that Apple and its partner publishers had conspired to restrict competition by fixing the prices of e-books.

To continue reading the report by Zack Whittaker for Between the Lines please click here.