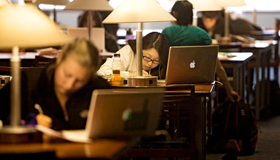 The French newspaper Le Monde has published a public statement, signed by sixty members of the academic community (Presidents of universities, Librarians, Journals, publishers and researchers) under the title “Who is afraid of open access ?”. The original paper is here.

More than 1500 people already signed this statement, calling for open access as fast as possible and asking for HSS taking leadership in this direction. It is now available in English : http://iloveopenaccess.org/arguments-for-open-access/

In July 2012, the European Commission issued a recommendation on OpenAccess (i.e. free for the readers) publication of the results of publicly funded scientific research. The Commission believes that such a measure is necessary to increase the visibility of European research before 2020, by gradually suppressing the barriers between readers and scientific papers, after a possible embargo period from six to twelve months. Latin America has been benefiting from this approach for ten years after the development of powerful platforms for Open Access journals. Scielo and Redalyc, which together host almost 2000 journals, have considerably increased their visibility thanks to their Open Access policy: the Brazilian portalScielo now has more traffic than the US-based JSTOR. Such examples show that Open Access changes the balance of power in a world dominated by groups which hold thousands of (mostly English-language) journals: it paves the way to what could be called a real “bibliodiversity”, since it enables the emergence of a plurality of viewpoints, modes of publication, scientific paradigms, and languages.

Some French editors of journals in the Humanities and Social Sciences (HSS) have expressed their concern with regard to this recommendation, which they saw as a threat to a vulnerable business model. However, a thorough assessment of the sector would be required to provide a true cost-benefit analysis: one should shed light on its funding sources and modes, both direct and indirect, public and private, and determine the roles the various actors play in this field, pinpointing the added value brought about by each of them.

To be afraid of Open Access is, in our eyes, to commit oneself to a narrow – and in fact erroneous – vision of the future. If the HSS were set aside in a specific “reservation” today, they would become isolated and would ultimately become extinct. On the contrary, we think that the HSS can be at the forefront of this opening movement, precisely because there is an increasing social demand for theirresearch results (we estimate the overall traffic on Cairn, OpenEdition, Erudit and Persée to be around 10 million visits per month!). The fears voiced by our friends and colleagues are largely groundless in this respect. Not only is the share of sales made outside of higher education and research institutions very small in the business models of HSS journals, which remain mostly directly or indirectly funded by public money, but there exist new business models capable of reinforcing the position of publishers without having the authors pay, as is demonstrated by the success of the Freemium programme developed by OpenEdition, a French initiative. Solutions to finance a high-quality open digital publication system are being invented and have started to prove their efficiency, as in the cases of Scielo, the Public Library of Science (PLOS), Redalyc or OpenEdition. It would be a disaster if the HSS were kept aside from this powerful and innovative movement which is bound to reshape our scientific landscape. Far from backing off, they must be among the leading disciplines in this movement, as they are in the Spanish- and Portuguese-speaking countries. The resistance to this evolution advocated by some of our colleagues seems to be a short-term strategy neglecting the potential benefits for science and education, as well as the democratisation of access to knowledge it will enable.

According to us, this is not only an economic and commercial problem. Although the existence of an Elsevier-Springer-Wiley oligopoly exerts heavy pressure on university budgets and although the funding system of academic publishing should be rethought, generalised Open Access is first and foremost a matter of scientific policy. Knowledge cannot be treated as a commodity and its dissemination is more than ever a vital concern in our societies: we can work towards a revolutionary democratisation of access to research results. Knowledge behind barriers, which only the happy few working in the richest universities can access, is barren knowledge. It is confiscated, though produced thanks to public funding. In this debate, higher education and research institutions have akey role to play. The diffusion of knowledge and research results, their spreading among an audience as large as possible, is one of the missions of these institutions. Therefore a relevant scientific policy has to build public digital infrastructures, but  also needs to support innovative publishing policies aimed at fostering cross-disciplinary exchanges, new forms of writing, multilingualism and the broadest diffusion.

Who is afraid of Open Access? Private access policies hinder the dissemination of ideas and is ill-suited to the new paradigms introduced by digital media. It is high time that we considered the Web as a unique opportunity in terms of innovation, the diffusion of knowledge and the emergence of new ideas.

We are not afraid of Open Access. To take knowledge out of silos and beyond the boundaries of academic campuses is to open knowledge to everyone, acknowledge that it has a pivotal role to play in our societies and open up perspectives for collective growth.

Do not be afraid of Open Access! It is now possible to establish a new scientific, publishing and business contract between researchers, publishers, libraries and readers in order to enter for good a society of shared, democratic knowledge.