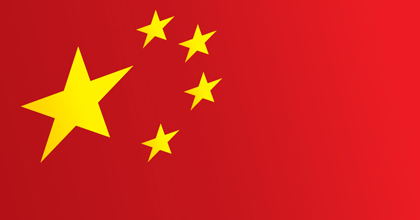 The Institute of Scientific and Technical Information of China recently released its annual report, ‘Statistical Data of Chinese (Science & Technology) Papers 2011’. According to the report, about one-tenth of the science and technology papers included in the Science Citation Index came from China in 2010.

China reportedly produced 836,300 papers on science and technology between 2001 and Nov 1, 2011, and they together garnered 5.19 million citations. This gave the country the seventh highest citation rate in the world. It had the eighth highest rate in 2010.

About a tenth of the science and technology papers included in the Science CitationIndex, a leading thesis-index system, came from China in 2010, according to a recent researchreport.

On Friday, the Institute of Scientific and Technical Information of China released its annualreport – the Statistical Data of Chinese (Science & Technology) Papers 2011.

According to the report, China produced 836,300 papers on science and technology between2001 and Nov 1, 2011, and they together garnered 5.19 million citations. That gave thecountry the seventh highest citation rate in the world; it had the eighth highest rate in 2010.

This year, each Chinese paper on science and technology garnered an average of 6.21citations. That was a 5.8 percent increase above what the papers had got the previous year,but was still well below the 10.71 citations that papers throughout the world draw on average,the report said.

He Defang, director of the Institute of Scientific and Technical Information of China, said theincreasing citation rate shows that scientific research is being better conducted in China.

“The numbers of science and technology papers and their citation rates are an objectivereflection of a country’s scientific acquirements,” He said.

“Beyond the sheer numbers, the quality and the citation rate of our papers have gone up too,”he added. “At this rate, our citation rate is likely to become the fifth best in the world by 2014,which is six years ahead of our plan.”

At the same time, though, the report said those countries lack strong foundations in thesciences. It said the increase in China’s citation rate “does not reflect the rapid increase thathas been seen in the nation’s investment or publication output”.

Sun Song, director of the Chinese Academy of Sciences’ institute of oceanology, said scientistsshould pay more attention to the quality of research papers rather than their quantity.

“There are some barriers to the pursuit of quality,” Sun said. “For example, when you arebidding for a research project, publishing a certain number of papers is required. So someresearchers may take what should have been written into one comprehensive paper and split itup into several different papers just to meet the requirement. That lowers the quality of thework.”

The number of papers researchers publish is also used as criteria in the awarding of academicdegrees or promotions.

“On the other hand, using citation rates as the only standard for judging our research is unfair,”Sun said. “For example, there are far fewer oceangraphers in the world than therapists. So themost influential oceanographic paper ever written may not be quoted as many times as a less-influential medical paper.”

Of all Chinese science and technology papers, those about chemistry, engineering andmathematics, material science and clinical medicine led to only 2.09 percent of the citationsthat were made in 2011. The percentage for such papers was similar to the year before.

“China’s clinical medicine has developed greatly in recent years, thanks largely to there beingmore international cooperation,” said Guo Jun, deputy head of the Peking University CancerHospital and the publisher of a dozen of papers on cancer.