DataSalon announced today the launch of OrgRef: an open dataset of academic & research organizations which is free for anyone to use, and available to download now from the OrgRef website.

OrgRef extracts structured information about organizations from Wikipedia and other existing open resources. It aims to cover the most important academic and research organizations worldwide, sharing basic metadata about each one (e.g. name, country, URL) along with standard ID numbers from ISNI (International Standard Name Identifier) and VIAF (Virtual International Authority File).

OrgRef was created with publishers in mind, and so its main focus is on institutions involved with academic content: universities, colleges, schools, hospitals, government agencies and companies involved in research. It’s not yet another standard: it simply collates data which is already “out there”. For journal publishers, reference data about organizations is very important: it supports the cleaning and standardization of a publisher’s own customer data; it can highlight potential new sales prospects; and it makes available standard IDs for better supply chain communications.

OrgRef will be managed and maintained for the benefit of the publishing community by DataSalon. The dataset itself is free and open, and DataSalon will also offer a range of related commercial services for matching, connecting and analysing OrgRef in combination with a publisher’s own customer data.

The OrgRef dataset has been in development and testing for over 6 months, with the involvement of several major journal publishers. The dataset remains in ‘beta’, and is now being launched publicly in order to invite feedback from all interested parties within the scholarly publishing supply chain.

“We’re very proud to be releasing OrgRef as a free dataset”, said Nick Andrews, Managing Director at DataSalon. “Our goal at DataSalon is to help publishers achieve better insight through better data, and we’re confident that our investment in OrgRef will bring significant benefits to our own clients, and also to the wider scholarly publishing community.” 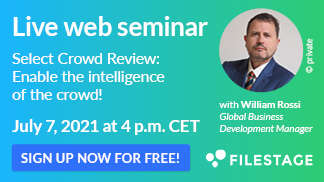