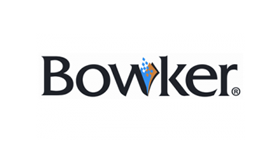 E-book consumers are becoming more diverse in their format preferences, says the Book Industry Study Group (BISG)’s closely-watched Consumer Attitudes Toward E-Book Reading report. The third installment in Volume Three of this Bowker-powered study – available today – shows that the percentage of e-book consumers who exclusively or mostly purchase book content in e-book format has decreased from nearly 70 percent in August 2011 to 60 percent in May 2012. Over the same period, the percentage of survey respondents who have no preference for either e-book or print formats, or who buy some genres in e-book format and others in print, rose from 25 percent to 34 percent.

The study also tracks changes in device ownership, showing that Amazon’s Kindle Fire tablet has overtaken Apple’s iPad among e-book consumers for the first time. Ownership of the Kindle Fire has grown from seven percent of respondents in December 2011 to 20 percent just six months later. Apple’s iPad has remained static at 17 percent over the same time period. Ownership of other tablets remains relatively low, with five percent of respondents investing in Barnes & Noble’s NOOK tablet and eight percent reporting possession of another Android-based tablet.

“Ownership is an important factor in predicting the future. In previous studies, changes in levels of device ownership have presaged changes in e book buying behavior,” said Angela Bole, BISG’s Deputy Executive Director. “One of the strengths of this study is that it can plot such evolution, preparing publishers for what e-book readers want and expect from them next.”

Consumer Attitudes Toward E-Book Reading also reveals that the overall use of multifunction tablets as primary e-reading devices continues to rise, with a corresponding drop in preference for dedicated e-readers. For example, while Amazon’s Kindle e-reader is still the most often cited primary device for reading e-books (35 percent), it’s down from its August 2011 high of 48 percent. Not all tablets are increasing in use: Apple’s iPad decreased slightly from 10 percent in February to nine percent in May. Black-and-white and color versions of the NOOK e-reader are also down, dropping from 17 percent in August 2011 to 13 percent in May 2012.

Data for Consumer Attitudes Toward E-Book Reading was derived from a nationally representative panel of book consumers (men, women and teens). Each month a new group of 3,000 respondents complete surveys about their book purchasing behavior for Bowker Market Research. Out of nearly 65,000 possible panelists drawn from the last 18 months, respondents were qualified for the BISG e-book survey by indicating they had either purchased a “digital book or e-book” or owned a dedicated e-reader device (such as Kindle, NOOK, or Sony Reader). This process yielded a survey sample of more than 1,000 e-book consumers.