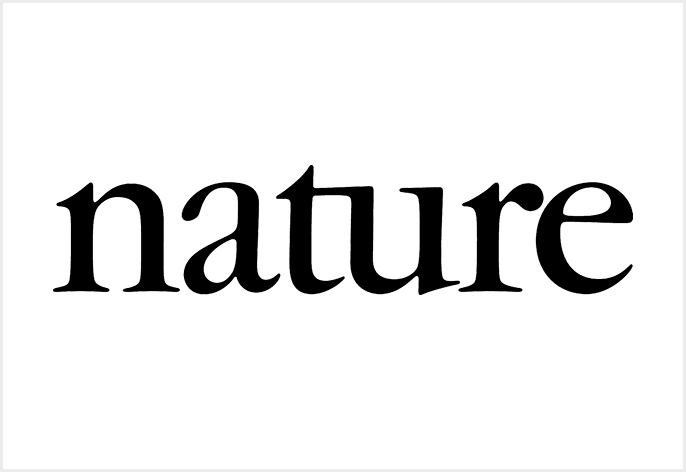 Researchers will also recommend an open-access policy that promotes research being shared in online repositories.

The Indian government is pushing a bold proposal that would make scholarly literature accessible for free to everyone in the country. The government wants to negotiate with the world’s biggest scientific publishers to set up nationwide subscriptions, rather than many agreements with individual institutions that only scholars can use, say researchers consulting for the government.

The proposal is expected to be part of the government’s latest science, technology and innovation policy, which is being developed by the Office of the Principal Scientific Adviser to the Government of India and the Department of Science and Technology. A draft is likely to be released in the coming weeks, and will need to be approved by the cabinet, which is likely to happen before the year’s end.

The success of the proposal is also heavily dependent on publishers’ willingness to negotiate nationwide subscriptions. But if successful, India would become the largest country to strike deals that give access to paywalled articles to all citizens — more than 1.3 billion people — say researchers. “If India could do it, and make it cheaper, many countries will be interested,” says Peter Suber, the director of the Harvard Office for Scholarly Communication in Cambridge, Massachusetts.

In some other countries, such as Uruguay, research institutions have subscriptions that allow all citizens to read international research, and in nations including Germany there are nationwide subscriptions between academic institutions and big publishers. Under the German ‘read and publish’ deals, researchers can also publish under open-access terms so that anyone can read their work for free.

India is not proposing the same open-access terms for articles that its researchers publish. Instead, the researchers advising the government want authors to archive their accepted manuscripts in public online repositories. This is often described as ‘green’ open access, which differs from the ‘gold’ route of publishing in open-access journals.

This proposal emerged from discussions about whether the country should join Plan S, a global open-access initiative backed by more than 20 national funding agencies and international organizations, most of them in Europe, which comes into effect in 2021. The plan mandates that the work of researchers funded by these agencies is free to read — in journals or on other platforms — immediately on publication.

But open-access advocates in India say Plan S doesn’t work for the nation because many open-access journals impose up-front article-processing charges (APCs). “Paying to publish is not good for countries like India, where resources for research are scarce,” says Madhan Muthu, a librarian at Azim Premji University in Bengaluru, who is part of the advisory group. Krishnaswamy VijayRaghavan, the principal scientific adviser to the government, has previously said that India will not be joining Plan S.

Although the latest proposal favours ‘green’ open access, some members of the advisory group want the government to pay APCs for reputable open-access journals so that researchers who currently can’t afford such fees can publish in them. But other group members argue against that use of public funding.

Low- and middle-income nations will be watching the country’s next move closely. India was the third-largest producer of science and engineering articles in 2018, publishing more than 135,000 documents, according to data compiled by the US National Science Foundation. As a large research producer, the country’s position might carry more weight in negotiations with publishers than smaller nations that produce less, says Suber.

‘One nation, one subscription’

Rough estimates suggest that research institutes in India spend at least 15 billion rupees (US$200 million) on subscriptions to paywalled scholarly literature each year.

By clubbing together to negotiate with publishers, members of the advisory group say, the government could significantly reduce these costs, and expand access to all Indians.

But the success of the ‘one nation, one subscription’ proposal will depend on whether publishers agree to discounted rates. Two of the biggest scholarly publishers, Springer Nature, which publishes Nature, and Elsevier, did not comment on whether they would be willing to negotiate such a deal with the government of India. (Nature’s news team is editorially independent of its publisher.)

Heather Joseph, executive director of the Scholarly Publishing and Academic Resources Coalition in Washington DC, says that a nationwide subscription is not likely to reduce costs significantly, “unless publishers suddenly diverge wildly from the deals they’ve agreed to so far”. Publishers might also refuse such a big deal because of the technical challenges of providing access to a population the size of India, says Suber.

Proponents of the open-access movement outside India think the national subscription plan goes against the spirit of open access. Such schemes do little to remove global barriers to accessing knowledge, says Juan Pablo Alperin, who studies scholarly communication at Simon Fraser University in Vancouver, Canada. They “encourage everyone to fend for themselves”, he says.

Rahul Siddharthan, a computational biologist at the Institute of Mathematical Sciences in Chennai, India, and a member of the advisory group, agrees that subscriptions aren’t ideal. He says that India should be part of a global movement to reform the publishing system — but if a national agreement can negotiate access for its inhabitants at a fair price, that would be a good thing.

To make paywalled research accessible globally, Muthu says, researchers in India should be encouraged to post their author-accepted, peer-reviewed manuscript in an open-access repository as soon as it has been accepted in a journal. This is called a post-print.

But again, publishers could pose a barrier. Before publication, many publishers require authors to sign copyright agreements that impose an embargo period — ranging from months to years — before authors can make post-prints available.

A growing number of institutions, including Harvard University, have introduced ‘rights-retention’ policies that ensure researchers keep the right to share their work in repositories without breaching copyright agreements, says Suber. And in July, funding agencies behind Plan S announced a similar rights-retention policy.

But existing repositories in India aren’t very popular, so there’s a risk researchers won’t get behind green open access unless policies are enforced, says Siddharthan. In 2014, India’s Department of Science and Technology and Department of Biotechnology announced that all research they fund had to be uploaded and made available in institutional or central repositories after the journal embargo lifts. However, only a fraction of that research has been uploaded so far.

The advisory group is divided on how to handle open-access journals that charge APCs. The fees can range from a few hundred to a few thousand US dollars, which is out of reach of many researchers.

However, Muthu and Arul Scaria, an intellectual-property researcher at the National Law University in New Delhi and an advisory group member, argue that public funding should not be spent on publishing fees, in addition to subscription costs. A central fund would incentivize researchers to submit articles to journals that charge these fees, funnelling more money to publishing companies in the United Kingdom, the United States and Europe, says Muthu. “Science may be global, but when it comes to science communication, the revenue is not shared among many countries,” he says.

The growth of APCs has become an increasing concern to researchers in low- and middle-income countries, says Dominique Babini, an open-access advocate with the Latin American Council of Social Sciences in Buenos Aires. Funding agencies should invest more in local and regional open-access journals that do not require authors to pay to publish, which make up about 70% of those listed in the international Directory of Open Access Journals, says Babini.

Given the ongoing debate in India, it is not clear what position the draft policy will take on APCs. VijayRaghavan said in a public consultation on the policy on 12 June that quality journals need to charge these fees to survive, but the costs are disproportionately high for places such as India. “We are actually negotiating in a nationwide level and I am sure that very soon the time will come when both access and the ability to publish at reasonable cost are available,” he said.