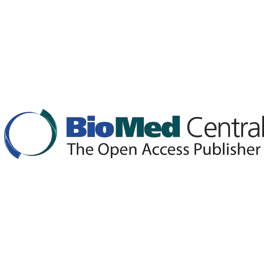 The Netherlands Organisation for Scientific Research (NWO), the main Dutch science funding body, has launched a €1 million open access fund to help Dutch scientists establish new open access journals or convert existing journals to open access. This initiative is the fruit of a wider open access initiative that started in 2010 when the NWO committed €5 million to encourage open access development. The deadline for submitting proposals is Tuesday 4 October 2011. Further information regarding this funding can be found at www.nwo.nl/openaccess (English).

NWO joins other major European funding bodies in supporting open access. Severalinitiatives, on a national and European level, have recently been put in place to accelerate open access publishing.

Neelie Kroes, the EU Commisioner for the Digital Agenda, has recently stressed the importance of facilitating access to scientific research and knowledge. In a video message to the 40th LIBER annual conference in Barcelona (June 29, 2011), she stated that “Open access to scientific information (…) will allow us, all of us, to get the most benefits from science for education, for innovation and for whatever creative reuse people can think of”. She added that the “Commission plans to extend current open access requirements so that it covers all EU-funded research as a principle.” There is already a dedicated pan-European repository infrastructure,OpenAIRE, to support this. Ms Kroes said she is working to enlarge OpenAIRE to include scientific data as well as papers.

The Deutsche Forschungsgemeinschaft (DFG), which is the major funding body in Germany, has also tied open access publishing into its funding policy. It reinforces its programme to help German universities to establish central open access funds bypaying up to 75% of related costs.

BioMed Central would be interested to hear from Dutch biologists and medical researchers who are thinking about establishing new open access journals or about converting existing subscription-based journals. We are keen to work with Dutch scientists to emulate the success stories of journals such as Acta Veterinaria Scandinavica, Frontiers in Zoology (Deutsche Zoologische Gesellschaft) and Orphanet Journal of Rare Diseases, all of which have have been hugely successful since launching with or transferring to BioMed Central.

Get in touch now at journalproposal@biomedcentral.com.