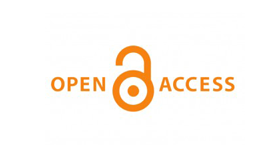 The Guardian called the recent government announcement that all UK-funded research will be open access within two years, “the most radical shakeup of academic publishing since the invention of the internet“. That’s not an exaggeration: the web will finally achieve what it was initially created for: the free exchange of research. The payoff is literally incalculable: as a rough guide, the Human Genome Project’s decision to make its results similarly open has yielded economic benefits exceeding 200 times the project’s costs. As research outputs that were previously only available to academics become available for uses we can’t even imagine yet, we can expect significant advances in medicine, education and industry.

But the news is even better than the announcement suggests. The government’s statement was in response to the Finch report, and takes at face value that report’s claim that the transition to an open-access academic ecosystem will cost £50-60m a year. In quarters where the response to the government announcement has not been enthusiastic, it has been because of the need to find this extra money from existing allocations. But these costs are hugely overstated. The true cost will likely be closer to £10m.

How did this overestimate come about? Because the Finch group was made up of members who “represented different constituencies who have legitimately different interests and different priorities”. In particular, a large proportion of the group were subscription-based publishers whose business model stands to be undermined by open access, and who had every reason to undermine the report. They did this in three ways: first, by minimising the importance of “green open access”, in which authors deposit their final drafts in public repositories with no payment to the publishers; second, by greatly over-estimating the typical costs of “gold open access”, in which the author pays an article processing charge (APC); and third, by further inflating the transition cost by including increased subscription fees.