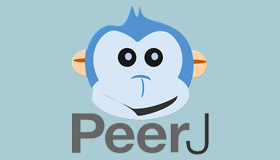 We are pleased to announce that PeerJ received the 2013 ALPSP (Association of Learned and Professional Society Publishers) Award for Publishing Innovation at their annual meeting on Sept 12th. The competition was strong, with 32 entrants and 5 finalists (PeerJ, Altmetric, Drama Online, FigShare, and Nature ENCODE) and so PeerJ was honored to be selected as the winner.

PeerJ was announced in June 2012 with the goal of establishing a highly credible, high quality, peer-reviewed Open Access journal for as low a cost as possible. This has resulted in the creation of a model which provides authors with lifetime memberships for $99, giving them the ability to freely publish their open access articles for the rest of their life. By doing so, PeerJ is demonstrating that it doesn’t have to cost thousands, either through subscription charges or Open Access fees, to publish quality science.

This award (alongside earlier recognition from the Chronicle of Higher Education, as one of the “Top 10 Tech Innovators of 2013”) shows that the PeerJ mission has traction, and that more experiments like it are desired in scholarly publishing.

Experience the innovation of PeerJ now at https:peerj.com