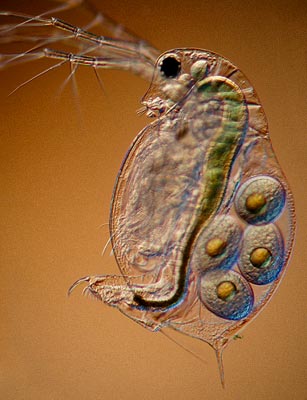 Pressure on scientists to publish has led to a situation where any paper, however bad, can now be printed in a journal that claims to be peer-reviewed.

Peer review is the process that decides whether your work gets published in an academic journal. It doesn’t work very well any more, mainly as a result of the enormous number of papers that are being published (an estimated 1.3 million papers in 23,750 journals in 2006). There simply aren’t enough competent people to do the job. The overwhelming effect of the huge (and unpaid) effort that is put into reviewing papers is to maintain a status hierarchy of journals. Any paper, however bad, can now get published in a journal that claims to be peer-reviewed.

The blame for this sad situation lies with the people who have imposed a publish-or-perish culture, namely research funders and senior people in universities. To have “written” 800 papers is regarded as something to boast about rather than being rather shameful. University PR departments encourage exaggerated claims, and hard-pressed authors go along with them.

Not long ago, Imperial College’s medicine department were told that their “productivity” target for publications was to “publish three papers per annum including one in a prestigious journal with an impact factor of at least five.″ The effect of instructions like that is to reduce the quality of science and to demoralise the victims of this sort of mismanagement.

The only people who benefit from the intense pressure to publish are those in the publishing industry. Hardly a day passes without a new journal starting. My email inbox is full of invitations to publish in a weird variety of journals. They’ll take just about anything. The US National Library of Medicine indexes 39 journals that deal with alternative medicine. They are all “peer-reviewed”, but rarely publish anything worth reading. The peer review for a journal on homeopathy is, presumably, done largely by other believers in magic. If that were not the case, these journals would soon vanish.

But it isn’t only quack journals that have failures in peer review. In June, the British Journal of General Practice published a paper, “Acupuncture for ‘frequent attenders’ with medically unexplained symptoms: a randomised controlled trial (CACTUS study)“. It has lots of numbers, but the result is very easy to see. All you have to do is look at their Figure. 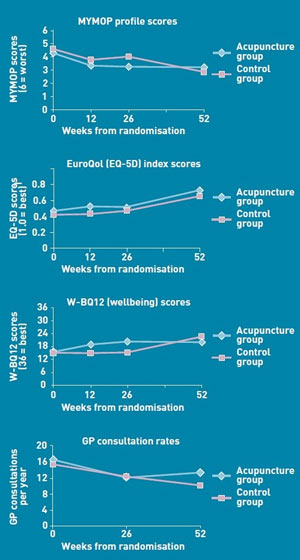 It’s obvious at a glance that acupuncture has at best a tiny and erratic effect on any of the outcomes that were measured. The results are indeed quite interesting because they show that acupuncture doesn’t even have a perceptible placebo effect. But this is not what the authors said. Their conclusion was: “The addition of 12 sessions of five-element acupuncture to usual care resulted in improved health status and wellbeing that was sustained for 12 months.”

How on earth did the group, led by Charlotte Paterson at the Peninsula College of Medicine and Dentistry at Exeter University, manage to reach a conclusion like that? Well, perhaps they were people who are committed to acupuncture and it is common enough for advocates ofalternative medicine to ignore evidence, even their own. But the real question is how conclusions like these came to be published in a respectable medical journal that is widely read by GPs. To make matters worse, the journal issued a press release that quotes its editor, Professor Roger Jones DM, FRCP, FRCGP, FMedSci.

“Although there are countless reports of the benefits of acupuncture for a range of medical problems, there have been very few well-conducted, randomised controlled trials. Charlotte Paterson’s work considerably strengthens the evidence base for using acupuncture to help patients who are troubled by symptoms that we find difficult both to diagnose and to treat.”

The tabloid press had a field day on the basis of the press release. The Daily Mail, for example, reported: “Millions of patients with ‘unexplained symptoms’ could benefit from acupuncture on the NHS, it is claimed“. But there were howls of outrage in the blogosphere, and some choice comments on Twitter. In these days of the citizen journalist, mistakes are soon spotted.

Two months later, the journal published 10 letters that pointed out the problems with the paper. Those problems are so very obvious you’d imagine that the journal would apologise for a failure of the peer review process, and for a press release that misled the public. Anyone can make a mistake, but there was no public apology and no corrected press release.

(Charlotte Paterson and Roger Jones respond to the author’s criticisms below.)

So what can be done about scientific publishing? The only service the publishers provide is to arrange for reviews and to print the journals. And for this they charge an exorbitant fee, a racket George Monbiot rightly calls “pure rentier capitalism”.

There is an alternative: publish your paper yourself on the web and open the comments. This sort of post-publication review would reduce costs enormously, and the results would be open for anyone to read without paying. It would also destroy the hegemony of half a dozen high-status journals. Everyone wants to publish in Nature, because it’s seen as a passport to promotion and funding. The Nature Publishing Group has cashed in by starting dozens of other journals with Nature in the title.

There is just one problem with self-publication and post-publication review. In 2006 Nature magazine tried it and it wasn’t popular. Most people who were asked didn’t want to take part, and, more important, most people who were invited to comment declined to do so. The probable reason is the exceedingly competitive nature of research in many fields. A junior person might be terrified to criticise a senior person, and senior researchers might similarly be terrified of criticising each other, in case the person criticised was reviewing their next grant. Nevertheless, I suspect this sort of system has to come and there are things that could be done to ameliorate the problems.

First, it would be essential to allow anonymous comments. Most reviewers are anonymous at present, so why not online? Second, the vast flood of papers that make the present system impossible should be stemmed. I’d suggest scientists should limit themselves to an average of two original papers a year. They should also be limited to holding one research grant at a time. Anyone who thought their work necessitated more than this would have to be scrutinised very carefully. It’s well known that small research groups give better value than big ones, so that should be the rule.

With far fewer papers being published, reviewers, grant committees and promotion committees might be able to read the papers, not just count them. A report of a parliamentary select committee on peer reviewconcluded:

These politicians show more sense than academics and research funders. My own university’s promotion form still says “Candidates may wish to provide impact factors, citation rates or other bibliometric information, where appropriate.” Most candidates would interpret that as an instruction to do so.

These proposals all depend on research being honest, but cases of outright fraud do happen. In Andrew Wakefield’s case, the fraud linked autism with the MMR vaccine, causing the deaths of children from measles, and we owe a lot to Brian Deer, the journalist who exposed it.

Deer has recently backed a proposal from the House of Commons Science and Technology select committee that an official regulator should be appointed to police science. I don’t think this could work. Is the regulator going to repeat experiments, or even check original data, to make sure all is well? In all probability, a regulator would soon degenerate into yet another box-ticking quango, and end up, like the Quality Assurance Agency, doing more harm than good. The way to improve honesty is to remove official incentives to dishonesty.

By and large, the problem does not arise from outright fraud, which is rare. It arises from official pressure to publish when you have nothing to say.

David Colquhoun is professor of pharmacology at University College London