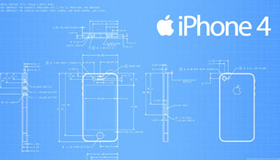 The Intellectual Property & Science business of Thomson Reuters, the world’s leading provider of intelligent information for businesses and professionals, today released the results of its study of Apple Inc.’s mobile technology patents. The findings, which are featured in the Thomson Reuters paper, “ Inside the iPhone Patent Portfolio ,” details patent and litigation activity across Apple’s 1,298 mobile patents and provides insight into possible future incarnations of the iPhone.

Following are among the key findings in the report:

“With Apple expected to launch its iPhone 5 this week, the company’s patent portfolio gives us a unique perspective into what may be coming in future iterations of the product,” said Bob Stembridge, an intellectual property analyst at Thomson Reuters and author of the report. “The recent and rapid increase in Apple’s IP litigation activity is indicative of just how valuable intellectual property can be to an organization and the lengths to which an organization will go to defend the inventions it’s worked so hard to develop.”

View the full Inside the iPhone Patent Portfolio paper.