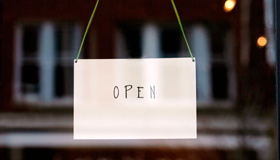 Researchers, publishers, and librarians have spent a lot of this year firing up the longstanding debate over access to published research. You’ve probably heard the big questions: Who gets to see the results of work the public helps pay for, when should they get to see it, and who’s going pay for it? This summer, the fervor has gone global, with policy makers in Britain, elsewhere in Europe, and in Australia signaling that they’re ready to come up with some answers. Details vary from country to country and proposal to proposal, but the overall warming trend looks very clear.

Last month, David Willetts, the British minister in charge of universities and science, announced that the government had accepted almost all the recommendations in a June report from the Finch Group, a committee set up to explore how to broaden access to published research. Janet Finch, a sociologist and university administrator, led the group, which included several publishers’ representatives as well as open-access advocates and other interested parties.

In its response, the government endorsed the idea that publication in open-access journals (or in hybrid OA journals, in which only some of the content is open) should be the goal. It said that public-sector agencies that support research, like Research Councils UK, should find effective, flexible ways to help cover publishing costs while maintaining as much open access to research results as possible.

And in a statement that ought to gladden the hearts of fair-use advocates, the government said: “Support for open-access publication should be accompanied by policies to minimize restrictions on the rights of use and re-use, especially for non-commercial purposes.”

Soon after the British government endorsed the Finch Report, Research Councils UK issued its own updated policy on open access. It spelled out the expectation that researchers whose work is supported by the councils will “maximize the opportunities to make their results available for free.” Then the European Commission weighed in, announcing on July 17 that it would make open access “a general principle of Horizon 2020,” the European Union’s framework for supporting research from 2014-20.

In Denmark, meanwhile, a group of government research councils had already come out strongly in favor of open access in late June, in a move that got very little attention elsewhere but adds to the collective momentum for policy changes that we’re seeing on that side of the Atlantic.

“The funding agencies in Europe are coming down pretty strongly on the idea that the research they fund should be freely available,” said Michael B. Eisen, an associate professor of molecular and cell biology at the University of California at Berkeley and one of the founders of the Public Library of Science, or PLoS, a heavily used open-access publisher. That position “sets a lot of things in motion,” he said.

To continue reading the report by By Jennifer Howard please visit  – http://chronicle.com/article/Push-for-Open-Access-to/133561/