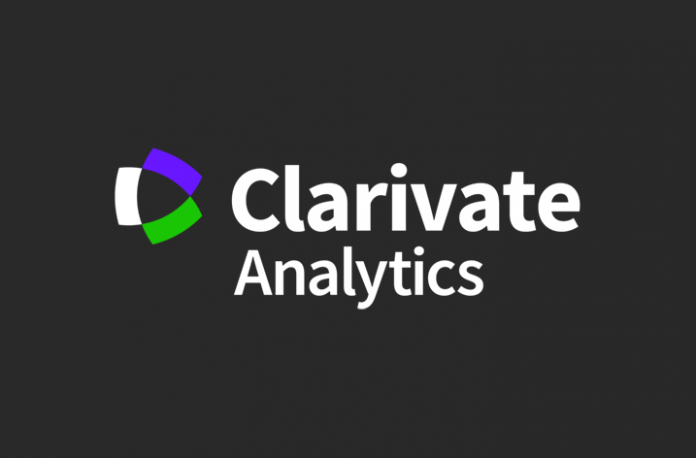 Web of Science data analyzes G20 nations as a driver for innovation plus a special analysis of members’ contribution to recent COVID-19 research.

Clarivate Plc (NYSE:CCC), a global leader in providing trusted information and insights to accelerate the pace of innovation, today launched a new report which examines the research performance of the G20 with a visual comparative snapshot for each member nation. It also includes a special analysis of the G20 members’ contribution to recent COVID-19 research as indexed in the Web of Science ™ research publication and citation index.

The report, The Annual G20 Scorecard – Research Performance 2020 has been created by the Institute for Scientific Information™ at Clarivate ahead of this year’s G20 Summit, which will be hosted virtually by Saudi Arabia on November 21-22. It includes both a written summary and a host of graphs and exhibits that highlight the research performance of Argentina, Australia, Brazil, Canada, China, France, Germany, India, Indonesia, Italy, Japan, Mexico, Russia, Saudi Arabia, South Africa, South Korea, Turkey, United Kingdom and the United States.

The G20 is a group of 19 leading economies, with the EU as the additional 20th member. Collectively the 19 countries of the G20 represent two-thirds of the world’s population, produce 81% of global GDP, spend 92% of global R&D, employ 87% of the world’s researchers and publish 86% of the global research papers indexed in the Web of Science with more than five million articles and reviews indexed for the last three years.

Our report shows that – due to their relatively developed research bases – G20 nations have been the most active participants in COVID-19 research, and it has been particularly relevant for the highly populated G20 member nations which also report some of the highest absolute number of reported cases: United States, India, Brazil and Russia.

Jonathan Adams, Director at the Institute for Scientific Information at Clarivate and a co-author of this annual report said: “The G20 meeting is one of the world’s few forums for international co-operation this year and expectations are rightly high that the expertise and resources of its members should play a champion’s role in addressing the pandemic challenge. This should produce a rapid understanding of the biological issues, the health impacts and responses, the social outcomes and the economic and societal implications of a pandemic. This year especially, these scorecards will help policymakers, observers and reporters to track, applaud and critique the research progress of the G20 member nations.”

Researchers across the globe have been engaged in basic, experimental and clinical studies to understand the virus and, ultimately produce a vaccine and/or a cure. The published literature has rapidly increased at an unprecedented scale and through the examination of the text in the titles, abstracts and keywords of more than 18,000 articles and reviews indexed in the Web of Science since January 2020, ISI identified clusters of COVID-19 research topics and analyzed each G20 nation’s contribution as well as the topical spread across the group.

The national research profiles within the report are selective, highlighting chosen topics of current policy interest that identify good signals of the health of the research base for each member country of the G20. Key factors that contribute to impactful research are laid out for each nation in the report and benchmarked.

Some key findings include: