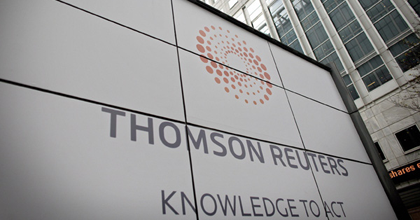 The Intellectual Property & Science business of Thomson Reuters today announced the launch of its 2012 Academic Reputation Survey, for a current evaluation of higher education institutions globally. This is the third consecutive year the reputation survey has been conducted.

The survey, which is sent to over 200,000 academics and researchers around the world, engages professional scholars to obtain a more accurate assessment of the institutional landscape. Survey respondents are asked which institutions they consider the best in terms of research, teaching and other factors, such as geographical region. These assessments are combined with other key variables to create a comprehensive profile for each institution.

From the start of the survey until its close in late April, respondents will have the opportunity to answer questions in six subject areas: engineering and technology; physical sciences; life sciences; clinical, preclinical and health; social sciences; and arts and humanities.

“We are very pleased with the increasing numbers of participants from all over the world and expect even more this year,” said Simon Pratt, product manager at Thomson Reuters. “ Thomson Reuters will continue to offer academics and researchers the opportunity to highlight what they believe to be the strongest universities in their specific fields, both in teaching and research.”

The survey forms an important part of Thomson Reuters Global Institutional Profiles Project, an initiative to create data-driven profiles of globally significant research institutions. Combined with citation metrics from Web of Knowledge™ and data provided by the institutions themselves, these results are delivered in the Institutional Profiles module of InCites™ to analyze productivity and benchmark against peers worldwide.

Thomson Reuters will continue to analyze and release detailed results of the Academic Reputation Survey in the coming months. For more information and resources, visit http://science.thomsonreuters.com/globalprofilesproject .

For more information on the Institutional Profiles module of InCites, visit http://researchanalytics.thomsonreuters.com/incites/ .