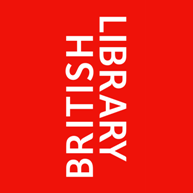 The British Library welcomes the announcement made by the Conference of European National Librarians (CENL) to support the open licensing of their data (28 September 2011). This will mean that datasets describing millions of books and texts published in Europe will become increasingly accessible for anyone to re-use for whatever purpose their wish.

Neil Wilson, Head of Metadata Services at the British Library commented: “The British Library has been at the forefront of the debate on open metadata over recent years. We firmly believe that the opening up of metadata by libraries will allow the increased visibility and integration of library resources in a global pool of reusable data while also demonstrating the value of library data to wider audiences. We are therefore delighted that CENL has taken this step to assist greater collaboration across international boundaries and support the creation of new knowledge.”

Since 2009, the UK Government has been committed to the opening-up of public data for wider re-use. A report entitled ‘Putting the Frontline First: Smarter Government’

required that “the majority of government-published information to be reusable, linked data by June 2011”. It was therefore understood that public sector institutions including the British Library should develop an appropriate response to this new environment and begin to make their data freely available.

The British Library’s open metadata strategy is designed to remove barriers and enable increased innovation without imposing unnecessary restrictions. This resulted in the British Library announcing in August 2010 that it would be opening up its rich set of bibliographic metadata for re-use.

Since then, the Library has signed up over 400 organisations in 69 countries to a free catalogue data service; created a linked open data version of the British National Bibliography; become one of the first signatories of the JISC Discovery Open Metadata Principles and started to offer sets of metadata to researchers under a permissive Creative Commons license.